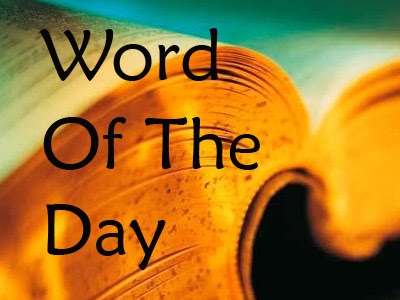 Girn is a verb meaning to snarl, grimace, or complain.

Lepton girnned at Boomer when he stole the new toy from her.

In 2013 I participated in my first ever NaNoWriMo (National Novel Writing Month). I won it which means I completed the challenge of writing at least 50,000 words during the month of November.

In the year since I’ve learned a lot not just about the craft of writing, but about my own writing process. For example, after letting that first novel sit for a few months I decided to revise it. However, in the course of that painful process I discovered instead of revising I wound up writing another novel. Equally crappy and confusing as hell as the first book leading me to wonder what exactly was I thinking.

For a while I stressed over the fact I hadn’t revised my NaNo novel. I mean, wasn’t I supposed to be doing that for the early part of 2014? How can I learn about novel writing if I don’t revise the bloody thing? Finally I determined that both my 2013 NaNo novel and its supposed rewrite-turn-another-novel were just those fabled practice novels one writes but leaves it in the metaphorical drawer never to be touched again. Realizing those manuscripts weren’t worth the effort to fix is also part of the novel writing process.

Another epiphany came regarding my writing process. Apparently for me I do things differently depending if I want to write a novel versus a short story. When it comes to short stories I write in order from point A to point B. When it comes to writing a novel, though, I wrestled a lot with forcing myself to write in order even though there were days I wanted to work more on the middle or ending. It’s not how I think of the story at all. When the ideas and characters come to me they don’t come in a neat line; they’re all over the place. I think in non-sequential scenes so why should I force myself to write that way? After all, last year I typed up each day’s work into its own separate Word file and then combined it into one monster mess of a file.

So this year my strategy and preparation are different from 2013.

Firstly, I am determined to write the historical fiction novel I have researched extensively and have had the story and characters with me for years. I’ve dusted off said research and have been furiously working with Scrivener setting up folders to dump it into so that it’s all organized.

Secondly, I read The Writer’s Compass by Nancy Ellen Dodd and it gave me a lot of good tips that boosted my confidence not only in the story I want to write, but also loads of analytical questions to ask of my story and characters. It’ll be interesting applying this knowledge to the revisions.

Thirdly, this year will be completely different because I won’t be in the middle of selling a house, flying across the country to buy a house, arranging a massive move, and trying to write a novel. I bit off more than what was probably healthy but my hope with NaNoWriMo 2013 was to take my mind away from the real world. I should have known, given my personality, it would add to my stress level. Probably why I wrote a Steampunkish novel using a character I’d previously written about in a short story.

Fourthly, as I mentioned above, I think of stories in non-sequential scenes. This is how I’m going to write it. Each day will be one scene. I’ve been jotting down scenes and hope to have at least 30 scenes to work on. If I come up with more, that’s great because I know this book will be well over 50,000 words. Instead of focusing on a specific word count each day, like the main purpose of NaNo is, my goal will be to get one scene done a day. Once I’m done with all the scenes I’ll compile them into their approximate order before revision.

Fifthly, I am going to try to be much kinder to myself in all areas. If I feel a meltdown coming on I will allow myself to have it. Physically I will make more of an effort to keep up with my exercise routine adding going for a walk around the neighborhood to relieve stress. Mentally I am going to add in a lot more time to just decompress. If I feel like taking a nap after I’ve done my scene or if I’m stuck, then I’ll do that. I’ll play video games without guilt. I’ll read non-historical fiction books in November. In short, I’ll allow myself to just be.

Lastly, one of the more fun aspects of prepping for this year’s NaNoWriMo has been to determine what my rewards will be. I’ve written these down in the Excel spreadsheet I’m using to keep track of my word total. I’ll see these every day as well as a short reminder list of things like ‘Breathe’ and ‘Once done with a scene, just chill for the rest of the day’ on it.

I know the rough draft will be garbage. I know I will miss a ton of details, but the main point is to get the skeleton of the story down. Revision is for slapping the veins, arteries, muscles, tendons, internal organs, and skin onto the skeleton to make it complete.